Kyle Walters calls it a “grind” – the word being spat out with a sigh and a certain resignation – but it’s a task the Winnipeg Blue Bombers general manager also tackles with some satisfaction.

After all, back-to-back Gray Cup championships tend to have a positive impact on the mood around the club’s football operations department, even as it began to manage a long list of potential free agents, which totaled formerly 41 and has now been reduced to 26 ahead of next month’s open market.

Walters met with local media via Zoom on Monday and touched on several topics, including trying to keep most of this championship squad intact while dealing with a tight salary cap and every player deserving of a raise.

“It’s been a drudgery of a process,” Walters began. “You get an idea of ​​the number that you think is right and you go there and both sides rarely think that number is right.

“It’s a fluid process, where if you have an offer with Player A and it looks like you’re far apart, it could affect maybe the plan for Players C, D and E and down the list and down the list We still have a lot of names on this list that we are trying to work on and depending on how it goes with one it may free up some space with others.

“So it’s a very smooth process on a day-to-day basis.”

Defensive end Jonathan Kongbo, meanwhile, signed with the Denver Broncos while cornerback DeAundre Alford – who was under contract for 22 – landed with the Atlanta Falcons.

Prioritizing who would be offered offers first – and, obviously, for how much – was task No. 1 shortly after the club won their 12th league title on December 12.

“It was the first meeting with the coaching staff right after the Gray Cup,” Walters said. “We sit down and like I said to Buck (Pierce, offensive coordinator) and Richie (Hall, defensive coaches) and the positional coaches, if everyone wants fair market value, there’s no way that we can re-sign everyone. . So, let’s go through a list of priorities on each side of the ball and see if we can knock those down and go from there.

“It’s definitely a group effort to see who the grassroots guys are and start trying to knock them down and see what it takes. It affects all the other decisions that are made, and still are.

“…There hasn’t been much respite, I have to say, between winning the Gray Cup and starting to worry about next year. There wasn’t much time for fun this year.

Walters and his Canadian Football League rivals are working with a moving target that is the salary cap, with the collective agreement set to expire in May.

Interestingly, Walters said that in many ways, staying at the top of the CFL right now is a tougher task than struggling to get to the top.

“I said this the other day: you can argue that it’s harder now to try to keep this group together than maybe a few years ago, where when you look at your spreadsheet and that you have holes just because the players aren’t good enough, so you start targeting free agents,” he said. “Well, it’s harder because we love all the players on our team. You look at the band on this list, it’s like how do you make it all work? And it’s practically impossible. It’s virtually impossible, as I said, for everyone to get fair market value.

“And you’re going to have to move on from some players who are good because you can’t put it all back together. You try to figure out, prioritize, who you have under contract, potentially if you leave, who the replacement is. Which potentially could be replaced by scouting. Which could potentially be replaced by the draft. And you make very difficult decisions. Not because you think this player is not good or that you do not want him in the team. He is it’s just impossible to make everything work, so it’s a big challenge.” 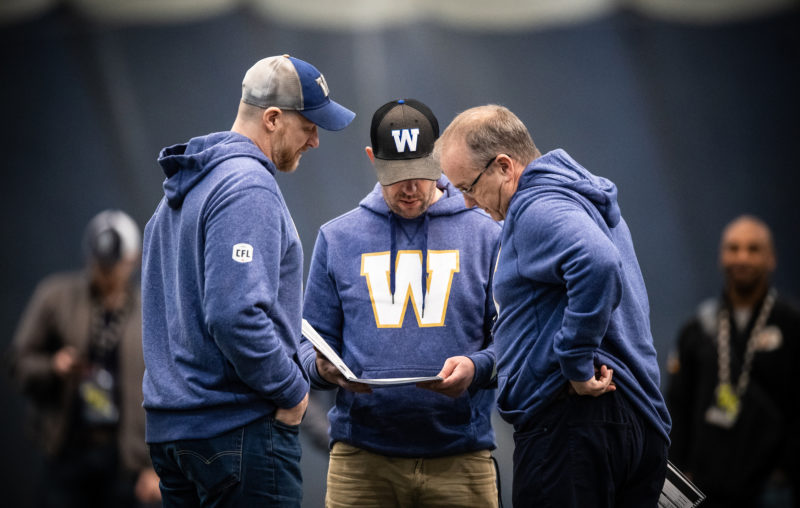 Some other highlights from Walters’ media session, which lasted nearly 30 minutes:

“In progress, like everyone else. Mike (O’Shea, head coach) and Andrew had a good chat last week; I won’t go into detail, but there are a lot of moving pieces going on and still a lot of decisions to be made between now and training camp and, in the short term, February 8th when free agency begins, then on to training camp.

When asked if that meant Harris intended to continue playing and not retire, Walters added:

“I guess from what I said there is talk about Andrew’s future, that’s true.”

One more on this issue – Brady Oliveira and Johnny Augustine are pending free agents, and Walters was asked if it was possible to have all three Canadian RBs on the roster again.

“It would be difficult. Financially and realistically, I don’t see how it would work. But maybe. We never know. Never say never.” 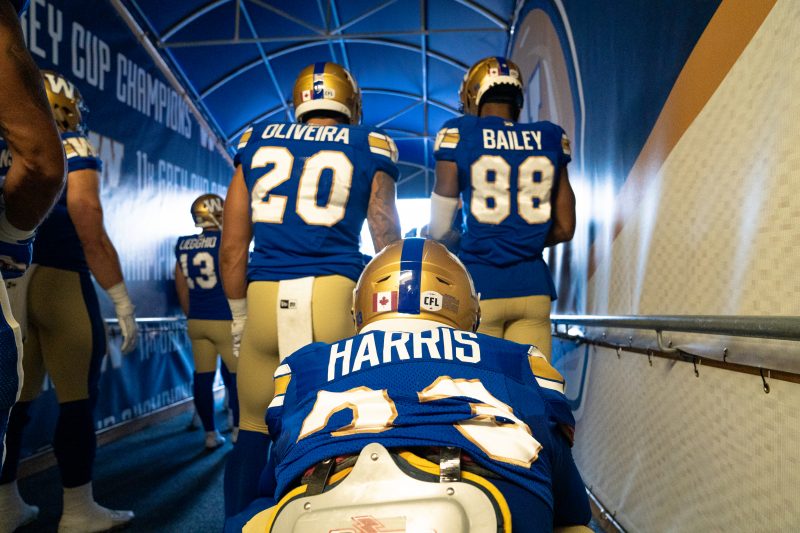 On the NFL’s interest in guard Drew Desjarlais — who has had 12-13 coaching requests from southern teams — Walters indicated the club expects to lose him. He listed Geoff Gray and 21st draft pick Liam Dobson – who may also attract NFL interest – as possible replacements.

“You cannot replace (Desjarlais). He arrived and landed a starting job as a Canadian lineman midway through his freshman year and established himself as one of the best goaltenders in the game. I think someone like Geoff Gray, who has worked and worked, is ready to step in and play. And Liam Dobson, who we drafted last year, if he doesn’t get an NFL shot, he’ll come and be able to compete. We can’t replace Drew, but we have things in place that will need to be strengthened. 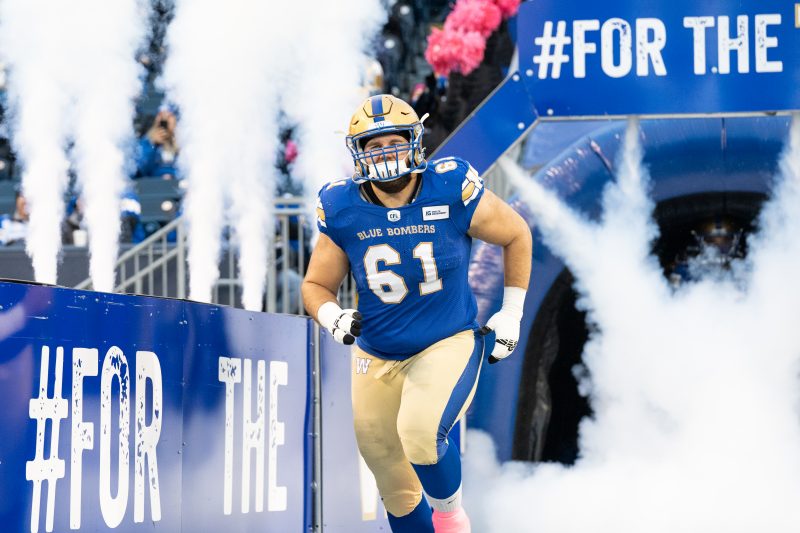 Meanwhile, wide receiver Kenny Lawler has been training with the Atlanta Falcons and is waiting to see if they will make him a contract offer. Additionally, kicker Sergio Castillo has made no secret of his desire to take one more shot in the NFL.

On the receiving corps, with the uncertainty surrounding Lawler and Darvin Adams, Rasheed Bailey, Drew Wolitarsky and Janarion Grant, all pending free agents:

“That’s the big headache right now, it’s kind of waiting for Kenny. You’ve got this dollar value set aside that you hope could get him finished. And depending on whether he signs or no, and then, yes, Rasheed has certainly had a stellar year, and they’d like to be paid accordingly. And Darvin is a veteran. So that’s one of the places where you might see changes. And, yes, you need your scouting department to come by and find young players. We’ve built our team on the scrum model, and we’ll continue to do so. But it’s pretty hard to pay everyone the fair market value they deserve . 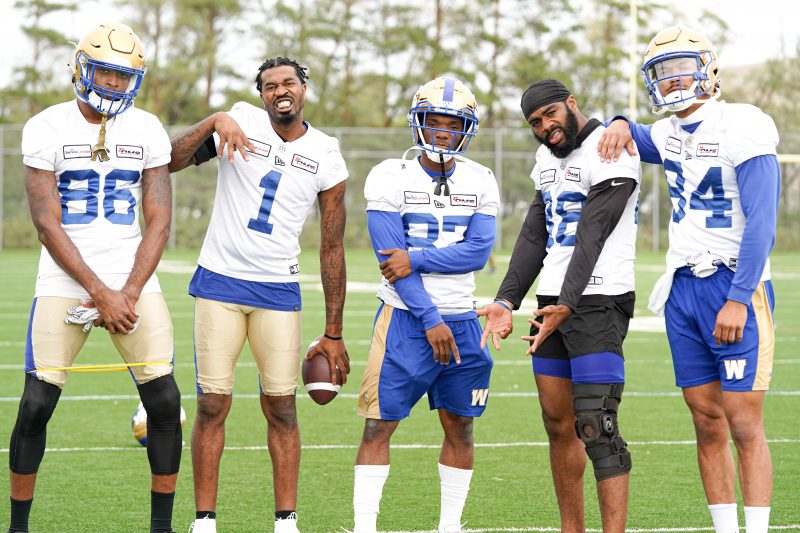 On Sean McGuire, Chris Streveler and the backup QB job:

“I said, without the pre-season quarterbacks, the reserve quarterbacks haven’t had a chance to play this year. Sean was able to come in and play in that game in Montreal which was in terrible conditions and obviously he didn’t play as well, but I don’t know if that was a fair assessment. It’s tough in this position. You can assess in practice and they can look great in practice, but you just don’t know until the player comes into a game under fire how he reacts. We feel strong for Sean, but he’s an unknown due to the lack of time he’s had to play. Like I said, it’s a shame the only game he got to play was in such terrible conditions that a quarterback had to go. 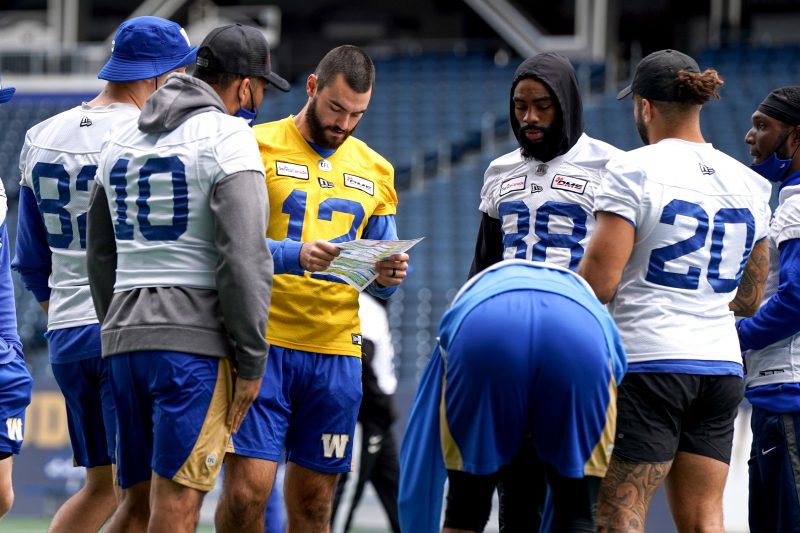 As for Streveler, who finished the year on the Baltimore Ravens practice squad:

“Chris is going to be exploring the NFL again for a few more weeks. He really didn’t say anything other than ‘I’m going to focus on the NFL right now’ would be the first point. And the second, if anyone wants throwing start-up money at Chris, then 100% we wouldn’t be able to afford it.

Walters said he and assistant general managers Ted Goveia and Danny McManus are reviewing the league-wide list of potential free agents and trying to identify pieces that might help plug the holes in those who might leave.

“Based on some of the negotiations going on right now, it’s like plan B might be better. How do you replace that?

If it doesn’t look like we’ll be able to get one of our own guys re-signed price-wise, then let’s start exploring other options. So those discussions have certainly started.

Again, while attacking the to-do list can be a chore, trying to make it all work as a two-time defending Gray Cup champion is obviously much more appealing than the alternative.

“This is where you want to be as an organization. Winning helps and people want to be there to win, you know, back-to-back Gray Cups. Mike has obviously built a team in his image where they are loyal, hardworking and they like it here. For some of those veteran players, if they’re comfortable in a situation and the contract looks fair, they don’t need to go get a few thousand more somewhere else. It’s good that this group of players feel that way and hopefully it helps the next group when the leadership group like that steps down and hopefully some of the younger ones follow suit.